In this new TIL you will find some weird numeral systems, the secret of staying alert in boring meetings, valkyries and more.

Alright, here are some quotes from Google’s etymology:

Middle English: via Old French from Latin secundus ‘following, second,’ from the base of sequi ‘follow.’ The verb dates from the late 16th century.

second (noun): a sixtieth of a minute of time

late Middle English: from medieval Latin secunda (minuta) ‘second (minute),’ feminine (used as a noun) of secundus, referring to the “second” operation of dividing an hour by sixty.

Apparently, what we now call a “second”, is just a short version of “second minute”. This leaves us with the question of what the word “minute” used to mean. Good thing we have Google!

minute (noun): a period of time equal to sixty seconds or a sixtieth of an hour

late Middle English: via Old French from late Latin minuta, feminine (used as a noun) of minutus ‘made small.’ The senses ‘period of sixty seconds’ and ‘sixtieth of a degree’ derive from medieval Latin pars minuta prima ‘first minute part.’

Ah, good. So, “minute” used to mean something small. Explains why a summary of, say, a meeting, is often called “meeting minutes”. Good. Now, why in the world sixty minutes?

Incredibly, Google has a direct answer for that as well!

THE DIVISION of the hour into 60 minutes and of the minute into 60 seconds comes from the Babylonians who used a sexagesimal (counting in 60s) system for mathematics and astronomy. They derived their number system from the Sumerians who were using it as early as 3500 BC.

Coffee naps are more efficient than coffee or naps alone

There are a few common techniques to become more alert in the middle of the day. Among the most popular ones are drinking coffee and taking a short power nap.

There are several researches that claim that combining the two is way more efficient than either of them separately.

Coffee takes about 20 minutes to hit, and if you manage to sneak in some sleep during that time, you will get a much better result. This article has more interesting details. 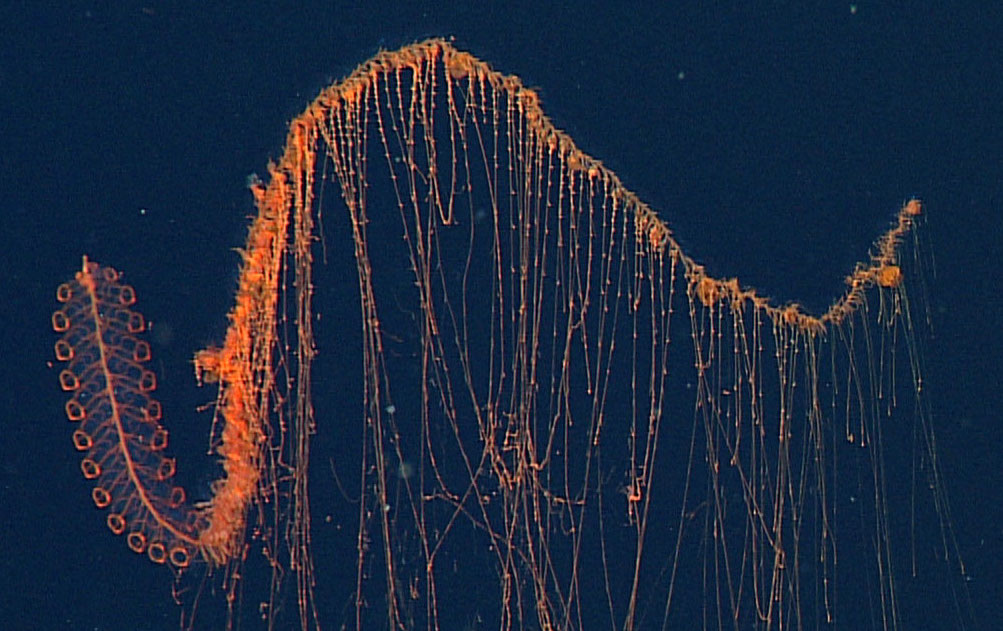 Photo from MBARI via Wired

What you see in the picture above is not, in fact, a single organism. Instead, this is a colony comprised of many many small ones. The resulting megazord comes in many shapes and forms. Some species may be extremely large, spanning 40-50 meters. Some others can be found at depths of over a kilometer, where they mimic light-emitting animals to lure they prey in. All in all, some very complex organization. Also, this video.

P.S. Not to be confused with the Lion’s Mane Jellyfish, Sherlock.

There is an artificial island in Singapore, made of recycled waste.

The landfill is using ash from incinerated waste as the raw material. The whole ordeal began in 1999, and is expected to go on until 2045. It may seem that such “soil” would be infertile, but, well, this problem is tackled as well. This video covers the most aspects of the process.

Some of the Viking Warriors were actually female, unlike what the general stereotype says

There is this research which uncovers a great number of burials of women warriors. Even though some other researchers give a lower estimate, this is still new.